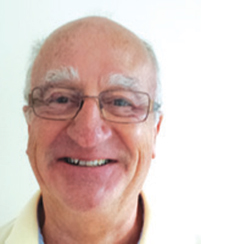 A country boy from Hopetoun, Daryl worked with BHP for 35 years after graduating from Geelong Grammar and Melbourne University.

His various jobs took him all over the world and around Australia. After leaving BHP he worked as a CEO for a corporation in Melbourne before retiring in 2011.

Surprisingly he still loves to travel, except it is for pleasure or to visit family living overseas.

In 1970 he married Maureen, had four children who have produced ten grandchildren. After returning from living in San Francisco in 1998, Daryl and Maureen purchased a property in Smith Street. In 2004 they demolished the house and built two houses – one of which they occupy today. When in Victoria they spend as much time in Lorne as they can. In winter they escape to Palm Cove for a few months.

From an early age Daryl spent holidays in Lorne with his family in a caravan and then occasionally visited relatives before he bought a house of his own.

He is a member of local sporting clubs and supports the Lorne Hospital. He loves reading, walking, golf, the beach and gardening while down here and even tries a bit of cooking.

If Daryl has a passion it is a zest for life and spending time with his children and grandchildren.

He has a network of old friends who have houses in Lorne.

“Lorne is a special place and I feel very attached to it.”