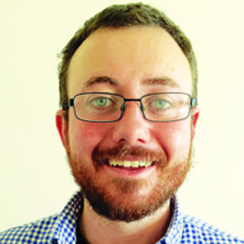 “I really love chilli plants and grow so many I end up giving lots away. I have had a market stall now and again.” Tim can’t explain this unusual passion and has even named his beautiful dog, ‘Chilli’. He enjoys food and cooking and Megan agrees he does 80% of it at their house. It would be fair to say he puts chilli in almost every meal.

Tim came to Lorne with his father when he was three. He attended the local school before completing his secondary education in Geelong. He spent a happy year as an exchange student in Saskatchewan, Canada, an experience he valued so much, he would like any children he has, to be part of that program.

When he left school, he set off for Europe and Canada to backpack for 12 months. He returned to Lorne for two years before heading north to Noosa to work in hospitality. Seven and a half years later he came home to join his father in management of the family business, Lorne Beach Front Accommodation.

“A family business is relentless. It’s all day, every day.” Understandably, he looks forward to his annual skiing trip – something he has done since the age of 14, and takes a week of warmth in Queensland. When business is quiet, he tries to slip away for a weekend.

As well as growing chillies, Tim and Megan have beehives. They collect more honey than they can eat. Tim loves to travel but the purchase of their house in December has put that on hold for a bit. He has North America and Japan in his sights for when the time comes.

Killing two birds with one stone, Tim takes their dog, Chilli, for a walk on the beach twice a day.